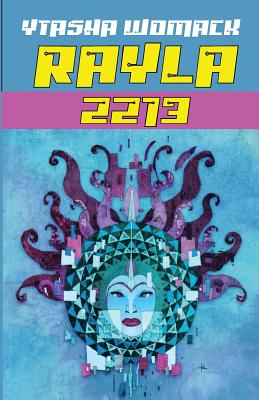 Where does a time travelling warrior find peace? The war is over and Rayla Illmatic is charged with rebuilding her beloved Planet Hope. However, Rayla's restlessness is a distraction for the Council and she is sent on a mission to the very solar system that believes she and her world are a myth. Rayla is Mars bound but the deep waters below the red world's crust uncover a mysterious waterway. A web of myth, mystery, love and the future, Rayla must face her nowness and navigate the fluid streams of existence that remix her new found reality. This is the second volume in the Rayla 2212 series.

Ytasha L. Womack is an award winning author and filmmaker. She's an international ambassador for Afrofuturism and the imagination. Her works include Afrofuturism: The World of Black Sci Fi & Fantasy Culture, Rayla2212, Post Black and Beats Rhymes and Life: What We Love and Hate About Hip Hop. Her book Afrofuturism is a Locus Awards Nonfiction Finalist and the leading primer on the subjects. She's director of the highly anticipated sci fi film Bar Star City. A Chicago Native, She can be found dancing to house music and drinking unusual amounts of tea.