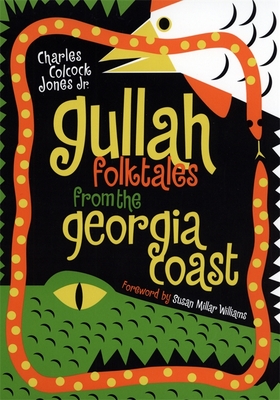 Gullah Folktales from the Georgia Coast

In 1888, Charles Colcock Jones Jr. published the first collection of folk narratives from the Gullah-speaking people of the South Atlantic coast, tales he heard black servants exchange on his family's rice and cotton plantation. It has been out of print and largely unavailable until now.

Jones saw the stories as a coastal variation of Joel Chandler Harris's inland dialect tales and sought to preserve their unique language and character. Through Jones' rendering of the sound and syntax of nineteenth-century Gullah, the lively stories describe the adventures and mishaps of such characters as "Buh Rabbit," "Buh Ban-Yad Rooster," and other animals. The tales range from the humorous to the instructional and include stories of the "sperits," Daddy Jupiter's "vision," a dying bullfrog's last wish, and others about how "buh rabbit gained sense" and "why the turkey buzzard won't eat crabs."