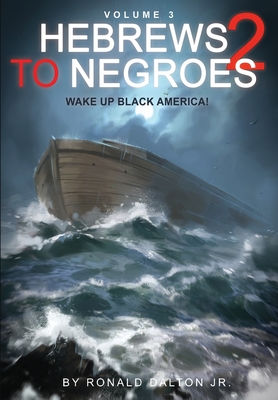 As years pass by, the "Antichrist Beast System" is slowly "emerging" upon us and around us. But are the true followers of Christ seeing the signs? Sadly, the answer is no. The Bible clearly explains the signs that are to appear on Earth before the Second Coming of the Messiah (Yahusha HaMashiach). In the Book of Matthew, the first thing Christ said to his disciples when they asked for the "sign" of his second coming and the "end of the world" was......"LET NO MAN DECEIVE YOU". In today's world, technology, music, TV programming, religious false doctrines, sexual perversions and convenience seem to be keeping the "Masses" in a state of slumber. This is what Satan wants. For people to be like "Sheeple", easy to capture, easy to "fatten up" and when the time is right, easy to be led to the slaughter. But there is a remnant of the "True Followers" of the Messiah that are waking up. These are the people who seek to endure to the end, worshipping God in "Spirit" and "Truth". But in order for this to happen we have to have "ears to hear" and "eyes that see". We have to be aware of what is going on all around us. We can no longer be tied into loving "The Matrix" of technological convenience or the sinful ways of "Babylon". We MUST wake up. Hope is not lost.
In the Book, "Hebrews to Negroes 2: Volume 3", the following questions are finally answered:
- Who are the "living" descendants of "Gog and Magog"?
- Where are the "living" descendants of the Sons of Shem (Arphaxad, Aram, Asshur, Elam, Lud)?
- What is going to be the "Mystery Mark of the Beast"?
- Who are the "living" descendants of the Biblical Canaanites?
- Is there any DNA proof straight from the caves in Israel that connects African-Americans and other ethnicities to the Biblical Hebrew Israelites? Can we prove with DNA that the European Jews are NOT the blood descendants of the 12 Tribes of Israel?
- Who is the "Fourth Beast" in the Book of Daniel and what group of people/nations does it consist of today?
- Where is "Edom" and will "Edom" be the end of this world?
- Did the Sons of Cain like the Nephilim Giants survive the flood? If so, what people did the children of Cain mix with? Will they also be responsible for the end of this world?
- Is Islam, Modern Talmudic Judaism, and Roman Catholic Church Christianity the future foundation of the Antichrist "One World Religion"?
- Who are the "living" descendants of the Scythians and the Barbarians that the Apostle Paul mentions in the New Testament?
- What did Paul mean by the statement "Neither Jew nor Greek"?
- Is there any evidence of the "Messianic Prophecy" of Christ in Africa before European colonization?
- Is the "Great Flood" story present in other civilizations outside of Mesopotamia?
BOOK 4 of the "Hebrews to Negroes Collection" will blow your mind. It is time for the TRUTH to be heard. It is also time for the Christian Church to start teaching historically sound Biblical TRUTH, not "propaganda" or "lies". This "TRUTH" gives a whole new "vantage point" into End Times "Biblical Prophecy" and WHO will be the target of "persecution" in the Last Days.