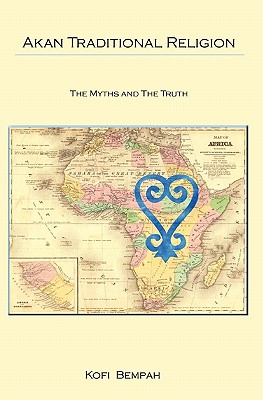 Akan Traditional Religion: The Truth and the Myths

Among most products of alien education, there is total lack of moral virtues, honesty, integrity, eagerness to serve and readiness to sacrifice. Rather, he is enslaved by the glittering fancies and fascinations of other cultures. He has embraced, and is enthused by, a religion which compels him to acknowledge that he is a sinner who has to work hard to attain purity which he already is. If the new religions made him more caring, honest, sincere, God-fearing and less sin-loving' there would be no need for this work. He has assumed political and judicial roles and is ruling a society, the majority of whose members live with, and cherishes, the traditional knowledge he holds in contempt and disdain. His rule can be successful, fruitful and beneficial to himself and others if he re-educates and equips himself with the philosophy underpinning his religious/spiritual heritage, instead of using political power to impose his new-found religion and its values on his people. In Akan Traditional Religion, the author has revisited the native religion of the sophisticated Akans who built the vast Asante Empire even before the British dreamt of an empire. He has re-examined, analysed and reinterpreted this heritage from the Akan point of view rather than as part of the colonial legacy in Africa. He concludes that the Akan traditional religion is no less holy than, or the ethical values it espouses inferior to, any other religion. Akan traditional religion proclaims that the one God is, and in, everything, that is to say, a living universe based on Universal Consciousness. (This is why Akans readily accept any name, such as Allah, Jesus, Krishna, the Father, etc. used by other communities to denote the One God). In other words, it espouses the doctrine of unity in diversity. The individual forms (bodies) are activated and operated by the same one God. The differences between individuals only reflect the diversity. The self-aware individual shares in divine power and majesty; the totally ignorant person thinks he is the body and caters only to the needs and comforts of the body. Identification with the body makes him prone to suffering from excessive desires which expose him to fear, anxiety, lust, anger, pride, etc. as a consequence. The heaven/hell dichotomy is absent in Akan doctrine. All will become divine, eventually. This principle of unity in diversity, rather than conflict and strife, guides the Akan in his personal life, (wo yonko da ne woda; i.e. the bed you make for your neighbour is the same one you will lie in), as well as the organisation of his society (wo amma wo yonko antwa nkron a, wonso wonya du ntwa; i.e. your right to ten can be exercised if, and only if, your neighbour's right to nine is guaranteed). The esoteric significance of the title 'Nana', which every Akan 'Ohene' or 'Ohemaa' bears, has been clarified and the phrase, 'Nananom Nsamanfuo', means 'the Enlightened Ones' rather than 'ancestral spirits'. (Ch. 5) Anatomical analysis of prayer has shown that the Akan congregational prayer, 'Nsa Guo' is as valid a prayer as any offered to the Supreme Deity and has no resemblance to the Judaic tradition of libation pouring. Therefore, 'Nsa Guo' cannot be described as 'Pouring Libation'. (Ch. 9) The concluding chapter will make interesting reading for those toying with the idea of Africanising the Christian religion or Christianising Africa.(Ch.14)

Dr Bempah studied in Moscow State University, Russia and McMaster University in Canada. He taught chemistry at the University of Cape Coast and worked for a while at the Ghana Atomic Energy Commission Laboratory in Accra. He served as Deputy Minister in Dr Limann's administration until its overthrow in 1982. He has lived in the United Kingdom with his family since then. He has continued his research interests in the causes of diabetic complications and the means to find cure .