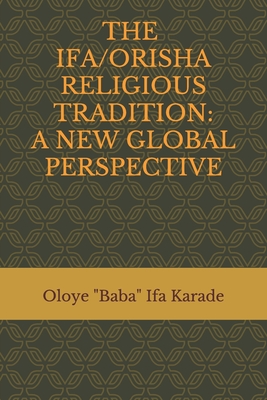 The Ifa/Orisha Religious Tradition: A New World Perspective is the latest work by renown author Oloye "Baba" Ifa Karade. The text centers on the importance of deepening understandings of this African Traditional Faith via historical and societal studies. The thesis is that there is a great importance to having a global perspective on Ifa/Orisha in order to see how the faith developed and how world views impact the thoughts and behaviors, and rituals held by adherents and disciples (iyawos to awos). The text takes the reader on the author's intellectual and spiritual journey, and serves as a culmination of his involvement in Ifa/Orisha for over three decades. Presented are a number of lectures; historical references; travel journals from the author's experiences and studies in Nigeria, the Caribbean, South America. Included also are interviews with the priestly and charts depicting comparative world religions -- to include Ifa/Orisha. Oloye "Baba" Ifa Karade dedicates his book to Zora Neal Hurston, the African-American anthropologist, ethnologist, and initiate in the Ifa/Orisha faith. He sees it as testament to her struggle to go beyond the surface levels slavery and survival and attempt to see the core of the faith from a perspective other than what is depicted and held as "fact". References to her work are included along with other noted scholars in the field. In conclusion, the text is an inner-eye opener guaranteed to stimulate deeper thinking and dialogue around the tenets and global impact of the Ifa/Orisha. And though many might ponder the importance of having historical basis for their involvement or interest in Ifa, at some point, as suggested, it must become of paramount importance to do so. I am honored to have the art work of Juan Picasso gifted to this textbook as well as the photography of Mansa K. Mussa and others.