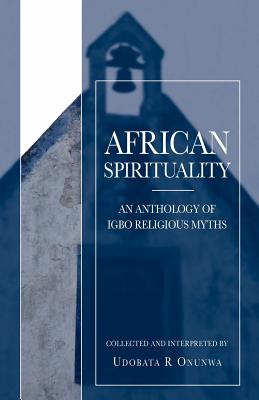 To penetrate the complex domain of African Spirituality is a task that demands personal contact with the living votaries of the traditional religion.It needs extra patience, commitment and an open mind to listen and understand the deep and immense spiritual powers that guide and direct African thought and action. The most important channel to use is to explore the African myths, which the Africans use enormously to express their philosophical, theological, cosmological and moral wisdom and values. Professor Onunwa has attempted to give a fresh insight into this complex domain of African studies. He has taught in universities and theological colleges in Nigeria, Tanzania, UK and India. Among his published works are Studies in Igbo Religion (1990), African Spirituality (1992 - Revised and Enlarged,2005), Selected Themes in African Religion and Culture (2000), Studies in African Religion and Culture: A Critique of Methodologies (2002 - reprinted 2004), Proclaiming Christ in all Cultures (2003), Studies in African Religion and Culture: A Critique of Methodologies (2004)